The Ghana Revenue Authority (GRA) will soon commence the implementation of a three percent withholding tax on the export value on all gold exports from the country.
This means that at the point of export, individuals who purchase gold from unlicensed, small scale and artisanal miners are to provide evidence of payment of the appropriate taxes before the gold can be exported.
This is expected to be implemented from the second quarter of this year. The move is to enable the Authority receive the appropriate taxes from all gold exports, which the GRA claims has been a problematic area in terms of revenue collection.
In 2016, the Authority imposed a 10 percent withholding tax on small scale mining in a bid to increase domestic revenue mobilization and getting members in the sector to pay the appropriate taxes under the revised Income Tax Act, 2015 (Act 896).
This directive failed to work. Subsequently, it was reviewed downward to seven percent and finally three percent after a series of meetings between regulators and operators in the sector.
However, the Authority has still found it increasingly difficult getting small scale and artisanal miners to pay the withholding tax despite the downward adjustment of the levy.
Speaking during a seminar organized by the Institute of Directors (IoD) Ghana, the Deputy Commissioner, Policy and Programmes of the GRA, Mr. Nathan Nettey said the enforcement of the directive at the point of export was important as a number of small-scale miners export the commodity from the country, but have since failed to pay the appropriate taxes and royalties to the state.
“The modalities of how this is going to be carried out will soon be known so that people will know what they need to do with regards to the export of gold”, Mr. Nettey reiterated.
Background
A recent assessment of trade data on gold export between Ghana and its three major partners namely India, United Arab Emirates (UAE) and Switzerland revealed that over US$9 billion worth of gold exports remain unaccounted for.
For instance, Ghana’s official export data for gold trading with Switzerland amounted to a little over US$3 billion. However, Switzerland’s gold import figures with Ghana revealed that they had imported more than US$7 billion worth of gold, this being more than double the total export revenue recorded by Ghana.
Additionally, UAE recently recorded US$7 billion worth of gold imports from Ghana, but Ghana’s official data for export to UAE showed just US$2 billion.
It is expected that the disparities in the figures would have risen significantly if all exports and imports data between Ghana and the countries that buy gold were to be examined.
By Dundas Whigham
Source: Goldstreetbusiness.com      |  Date: 06-02-2019 Time: 11:02:25:am

Gold available for sale through the Precious Minerals Marketing Company (PMMC) Ghana, from small Scale Local gold miners here in Ghana.
We offer bush price and we rely on PMMC to sell our gold. No upfront payment.

PROCEDURES:
v  Buyer is invited to come, inspect the product, and conduct Assay at any Government recognize Gold refinery or the PMMC refinery here in Ghana before payment.
v  No upfront payment, and no upfront demand for paperwork via the Internet or Email.
During buyer's visit to Ghana, signing of the Sales/Purchase Agreement will take place after both parties have agreed the conditions and procedures.
v  Full or Partial Payment after Assay at the PMMC refinery here in  Accra Ghana. (Cash or Wire-Transfer) as may be agreed between the buyer and the Seller.
Read Also:  CIF Shipment to Buyers who can not come to Ghana for the prior meeting...

Follow this link to join our newest Gold mining, Buyers, Sellers, and all stakeholders in the precious metal mining industry WhatsApp group:...

Follow this link to join our newest Gold mining, Buyers, Sellers, and all stakeholders in the precious metal mining industry WhatsApp group:...

CIF Gold Shipment to the United States of America 100%

CIF Gold Shipment for all Gold-buyers in the USA, starting with sixty (60) kilograms of gold bars. All expenses paid by the Seller financie... 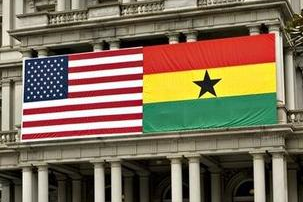 We have stopped payment of commission to go-betweens, representatives, mandates, and any form of intermediaries! 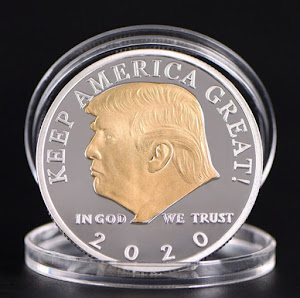